by ApexCryptoNews
in Bitcoin Cash
0

Coming every Sunday, Hodler’s Digest will help you track every single important news story that happened this week. The best (and worst) quotes, adoption and regulation highlights, leading coins, predictions and much more — a week on Cointelegraph in one link.

After spending most of the week in a tight corridor between $7,100 and $7,410, Bitcoin suddenly dropped into the $6,900s on Friday. It means the world’s biggest cryptocurrency was unable to reach the next resistance level. Analysis from Michaël van de Poppe suggests losing support between $6,750 and $6,800 could trigger a giant sell-off toward the support zone at $5,800. Arthur Hayes — who successfully predicted Bitcoin would drop to the $3,000s in early 2020 — now expects BTC will retest the $3,000 region once again and predicted it could fall to as low as $2,100. However, the BitMEX CEO believes there is still reason to be optimistic. He estimates Bitcoin will still reach $20,000 by the end of the year — aligning with the coin’s tendency to surge 10 to 11 months after the block reward halving takes place.

Some good news from the crypto world managed to get column inches in the mainstream media this week. Jack Dorsey, Twitter’s CEO and the founder of Square, has started a new fund that’s designed to offer COVID-19 relief worldwide. He’s injecting a cool $1 billion into the Start Small initiative — a figure that’s roughly equivalent to 28% of his wealth. Dorsey stressed that transparency will be a focal point of the fund, adding: “After we disarm this pandemic, the focus will shift to girl’s health and education, and UBI.” (A note from me: “UBI” stands for universal basic income.) The entrepreneur, a vocal Bitcoin supporter, also believes his philanthropic effort will benefit Twitter and Square in the long term “because it’s helping the people we want to serve.”

Sticking with coronavirus, it’s fair to say that there’s a lot of fake news about the crisis that’s flying around right now. ANSA, one of Italy’s biggest news agencies, knows this first hand — as its brand has been used to spread inaccurate information. Now, the outlet has turned to blockchain to fight back against a problem that the media is struggling to shake off, and one that’s affected coverage of everything from epidemics to elections. ANSA has unveiled a news-tracking system that allows users to verify the origin and history of stories published on its platforms. The technology is based on Ernst & Young’s proprietary EY Ops Chain Traceability solution, which runs on the Ethereum blockchain.

Binance’s blockbuster acquisition of CoinMarketCap was largely welcomed by open arms across the crypto industry, but not everyone is thrilled about the $400-million deal. One of them is Bobby Ong, the co-founder of CoinGecko. The company is a direct rival to CoinMarketCap — and despite CMC assuring users that its operation won’t be affected by the acquisition, Ong is skeptical. In an interview with My Two Gwei, he said: “After this acquisition, I think it will be hard for CoinMarketCap to stay neutral and independent, so we are now the largest, independent crypto data aggregator on the market.” It’s perhaps unsurprising that Ong has an ax to grind. He vowed that CoinGecko will “uphold data integrity” in the face of “many new exchanges… faking their volume.”

Binance hits back at “embezzlement” claim

And sticking with Binance, the crypto exchange has hit back at allegations that it embezzled hundreds of thousands of dollars in funds that were frozen from a user’s account in November 2018. In a lengthy statement, the exchange said the funds were frozen at the request of South Korean law enforcement agencies because the account holder had allegedly received 3,995 ETH through a listing fee scam. Binance even went as far as providing screenshots of correspondence with the Korean authorities to back up these claims. The user had earlier claimed that he had “every reason Binance misappropriated my money for itself.” Speaking to Forklog, he also claimed to be in contact with other Binance users who believe the exchange wrongfully froze their funds. They are now said to be preparing a class action lawsuit. 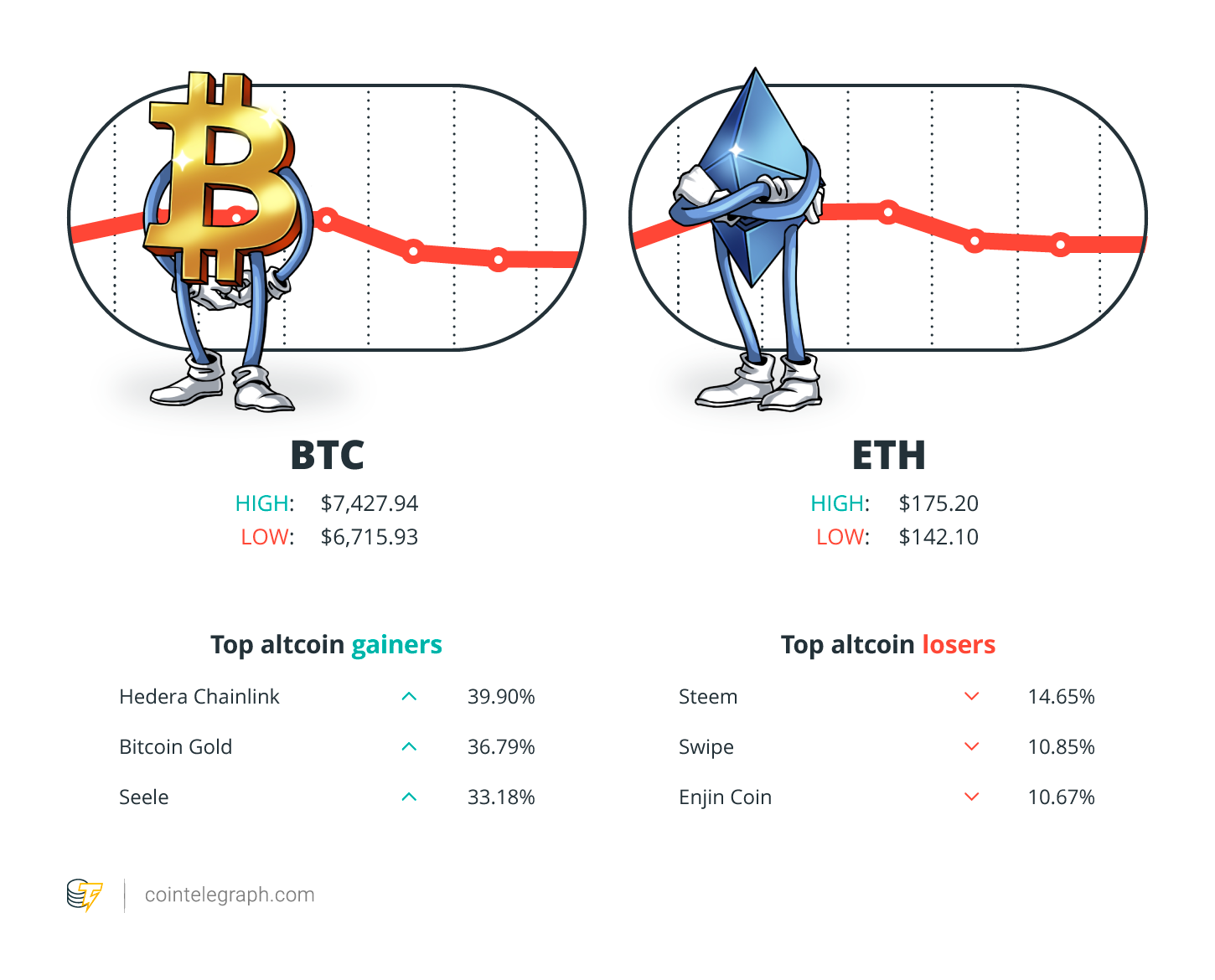 For more info on crypto prices, make sure to read Cointelegraph’s market analysis.

“I just think it’s cute how some of you about to burn their account over some textbook sh*t. Let me be very clear. THIS IS A #Bitcoin SUCKER RALLY!”

“We could be possibly witnessing a bit of a perfect storm brewing for Bitcoin in the medium term.” 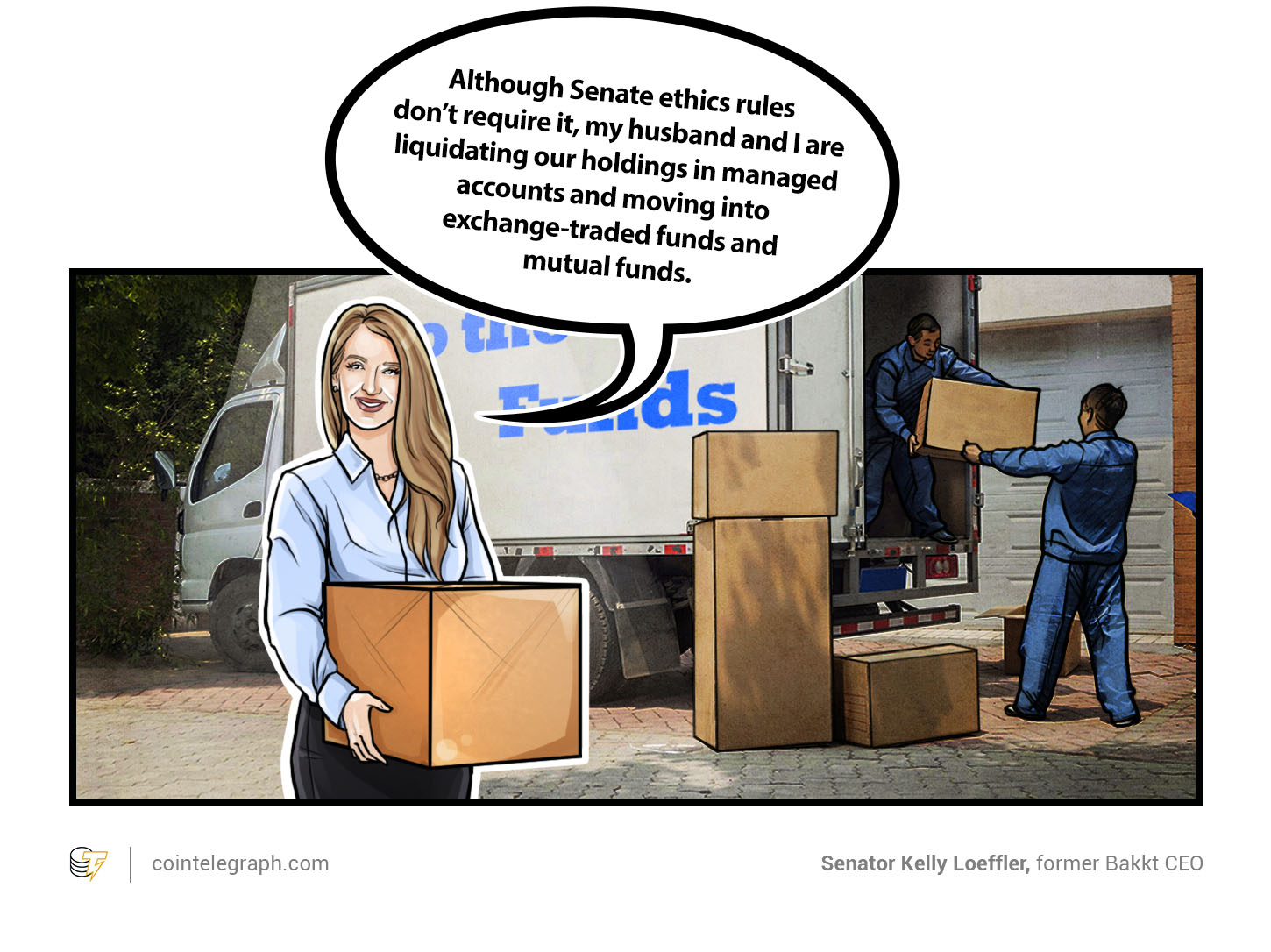 “The reason I endorse Bitcoin is just for one frickin’ reason: You’re not part of the system.”

“To legitimize any fiat debt-coupons in any way now… When we are on the edge of victory, would be a crime against humanity.” 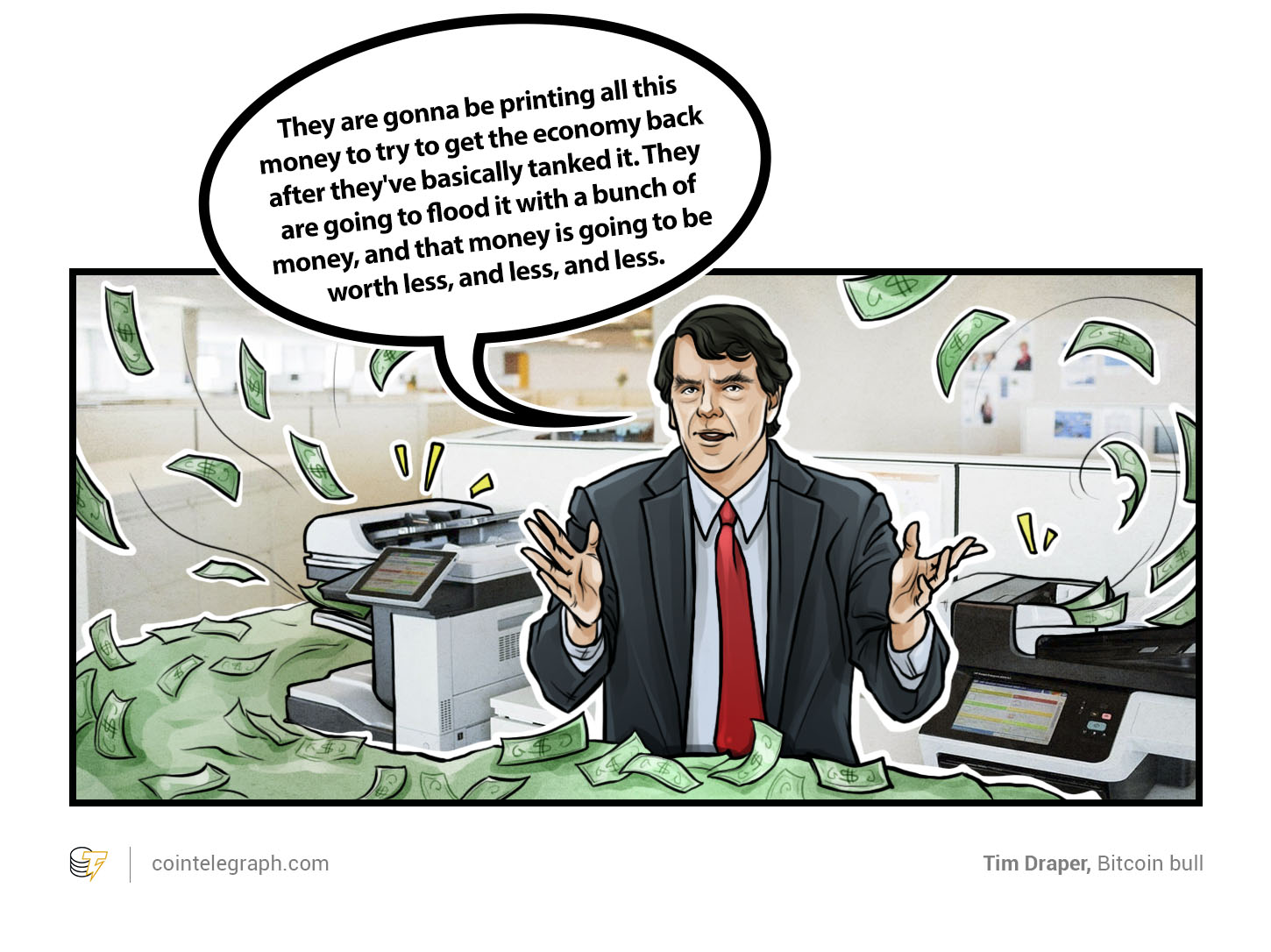 “After this acquisition, I think it will be hard for CoinMarketCap to stay neutral.”

Prediction of the Week

Former Facebook exec: BTC’s price is either going to zero or seven figures

A stark prediction this week — and one that manages to satisfy the bulls and the bears in one fell swoop. Social Capital CEO Chamath Palihapitiya has said Bitcoin’s price will either soar into the millions or go to zero — and that the cryptocurrency’s success hinges upon whether the architects of the existing financial system continue on the current path toward debasement. Speaking to Morgan Creek Digital’s Anthony Pompliano, the former Facebook executive attacked the current state of the global economy, warning: “We are driving, slowly, but we are driving towards a cliff. And then, we’re going to drive much, much faster down that cliff or down that hill. And at the end of it is a huge brick wall.” Palihapitiya also dismissed the notion that Bitcoin could come to replace fiat currencies, warning it is “too speculative for it to be reliable.”

FUD of the Week

A major foreign exchange company reportedly paid hackers almost $2.3 million in Bitcoin after suffering a ransomware attack on Jan. 11. Travelex, which is based in London and is known for its kiosks in airports and tourist sites worldwide, saw its networks infiltrated by cybercriminals on New Year’s Eve. Although the company confirmed the attack took place soon afterward, it didn’t disclose that a 285-BTC ransom was paid. Travelex’s systems were offline for several attacks in the aftermath of the attack, which is known as Sodinokibi. It is worth noting that it isn’t actually illegal to pay ransoms in the United Kingdom — that said, it is discouraged because of how it can incentivize criminals.

Fresh from cutting ties as senior members of the U.K.’s royal family, Harry and Meghan have been made the faces of a cryptocurrency scam. The couple was featured in a fake BBC article where they supposedly praised a Bitcoin trading scheme. The dodgy story claimed that the duo had appeared on a TV show to discuss a wealth loophole that can “transform anyone into a millionaire within three to four months.” It then goes on to praise Bitcoin Evolution, a well-known scam. A fabricated quote adds: “It’s the single biggest opportunity we’ve seen in our entire lifetimes to build a small fortune fast. […] We urge everyone to check this out before the banks shut it down.” The scam’s website claims that some of its members earned their first million in just 61 days. Yeah, right.

And rounding off our hat trick of crypto scams this week is the story of Brock Flagstad. He is accused of misappropriating $2 million in funds that were designated for cryptocurrency trading. The businessman allegedly siphoned money from the investment to fuel an exorbitant lifestyle involving private jets and luxury vehicles. The James Streibich Revocable Trust is suing Flagstad and seven companies he operated, levying allegations of fraud, theft, conspiracy, breach of contract and breach of fiduciary duty. It also claims to have banking documents in its possession that show at least $849,000 was wired to the suspect’s personal bank account, adding: “Flagstad has a rapacious personal need for cash to support his lavish lifestyle of private jets and expensive cars.” The businessman’s attorney denied the allegations, and said he intends to defend the case “vigorously.”

The coronavirus pandemic has been affecting more and more aspects of the blockchain and cryptocurrency market — with countless conferences canceled or postponed, and manufacturers halting production of mining equipment in China. Julia Magas has been analyzing how severe the consequences are for projects working with blockchain technology and cryptocurrencies.

The taxman cometh — who will pay for the COVID-19 stimulus?

The coronavirus pandemic could cost the global economy as much as $4.1 trillion, with many countries unveiling pricey stimulus packages. Someone’s going to have to pick up the bill. Andrew Singer finds out whether this will be the year when the world gets serious about cryptocurrency taxation.

Fear, greed and the evolution of money in the age of the coronavirus pandemic

The COVID-19 pandemic is not going to end soon, and fear and anxiety have skyrocketed. Jeremy Born looks at the legacy that the coronavirus could have on the economy.

Stablecoins went wild in the days before Bitcoin’s recent surge

Frozen out? Bitcoin price correlation to other assets still undefined