Wednesday, Nov. 28: After the dramatic Nov. 14 market dump, cryptocurrencies are staking major recoveries across the board, with all of the major coins seeing significant growth and scattered assets sealing double-digit gains, as data from Coin360 shows.

Bitcoin (BTC) has soared 9.3 percent on the day, breaking above the $4,000 mark to trade at trade at $4,050 at press time. This major bounce has set Bitcoin on track for its strongest daily performance since July, according to a Reuters report published earlier today.

On the week, Bitcoin remains almost 16 percent in the red; monthly losses are at a stark 37 percent, according to Cointelegraph’s Bitcoin Price Index. 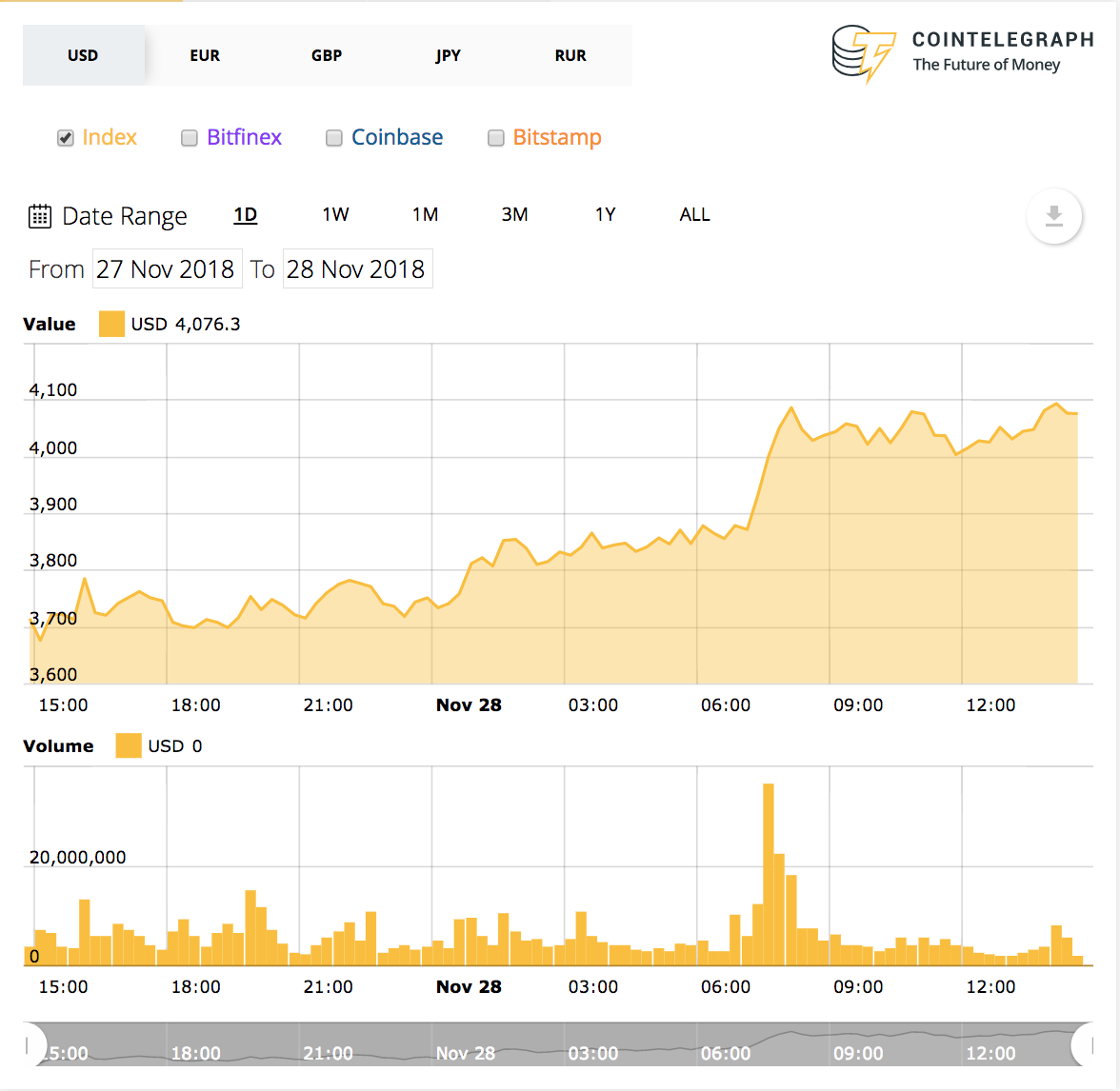 Ripple (XRP) is up by a similarly strong 8.3 percent on the day to trade at $0.37 to press time. Today, with a market share of around $15 billion — as compared with Ethereum (ETH)’s $11.9 billion — the alt is holding on to its margin as second-largest ranked crypto asset.

Ripple’s weekly and monthly charts are also in the red, with losses of 21 and 18 percent respectively. 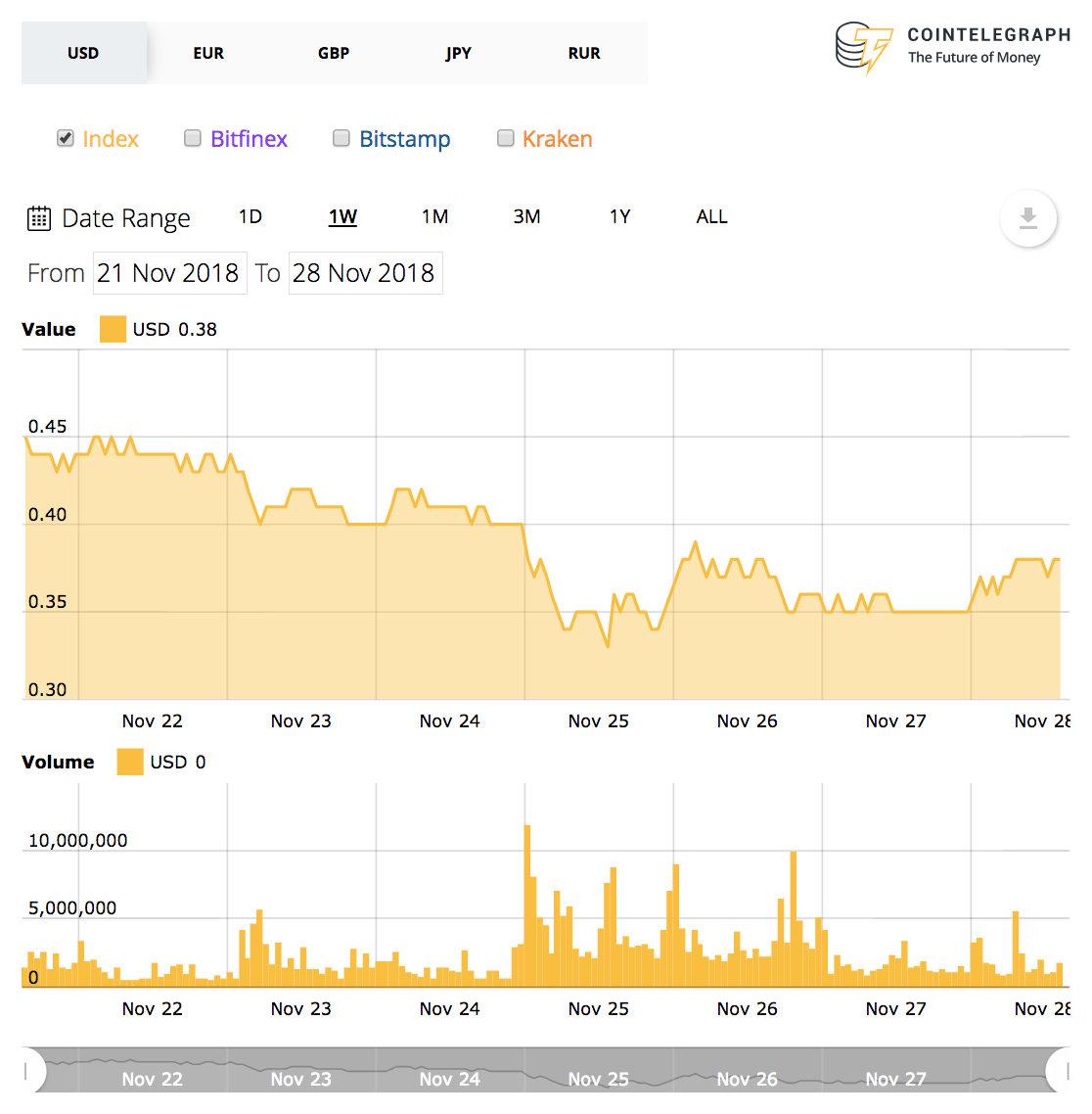 Third-ranked crypto by market cap Ethereum (ETH) has clawed back lost ground to grow 9.7 percent on the day, trading at $114 to press time. The asset’s intraweek low came perilously close to double-digits in fiat value amid the market tumble, and it remains down a hefty 23 percent on its weekly chart. On the month, Ethereum is down close to 44 percent. 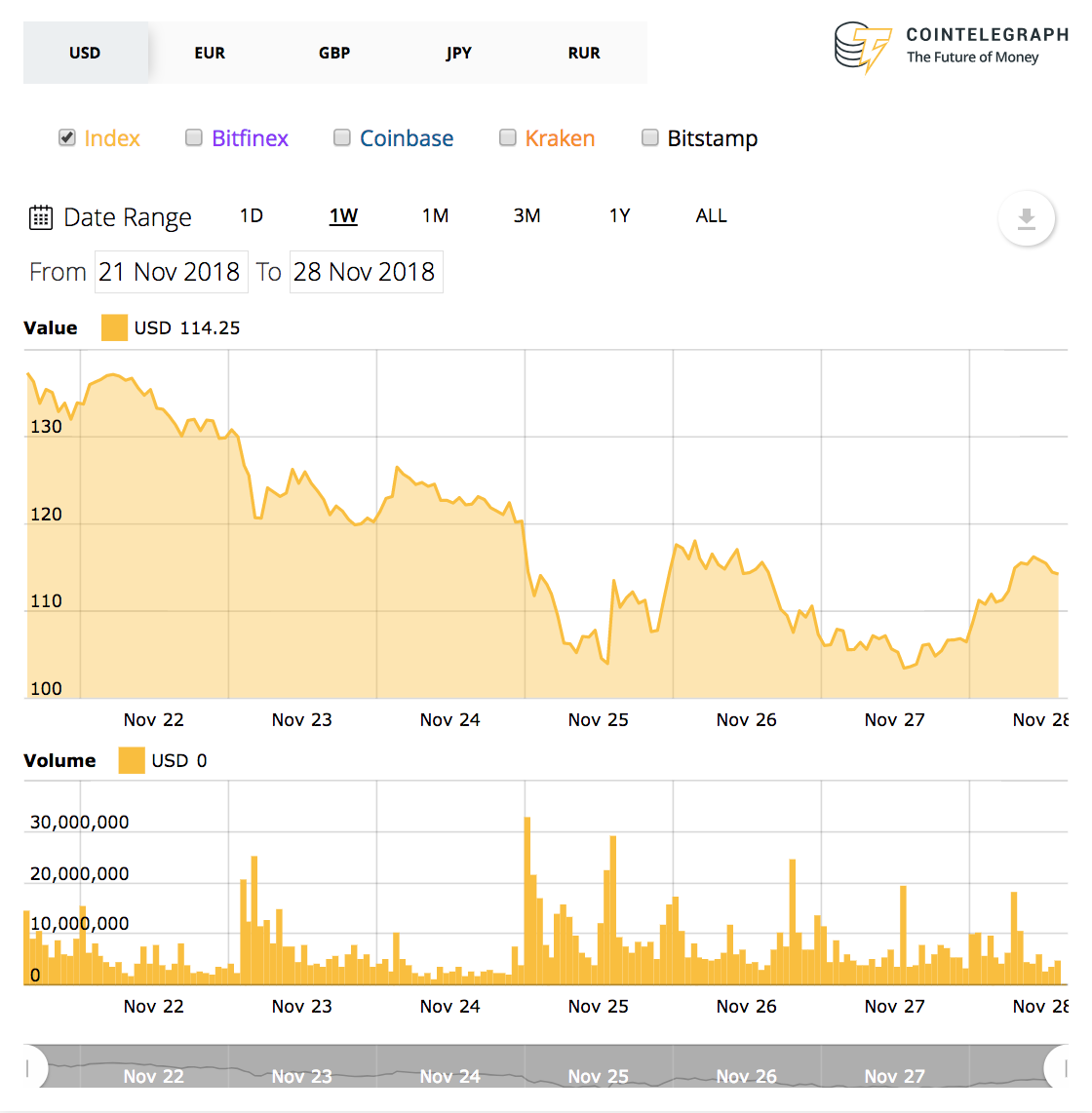 All of the remaining top ten coins on CoinMarketCap are firmly in the green, with seventh largest ranked crypto Litecoin (LTC) up 10 percent on the day to trade at $32; altcoins Stellar (XLM) and Cardano (ADA) are also strong performers, seeing growth of 9.3 and 10.45 percent respectively.

Even embattled Bitcoin Cash (BCH) — which is down over 58 percent on the month, due to the fallout of its controversial hard fork Nov. 15. — has seen moderate growth of 4.45 percent on the day. The product of the BCH split, newly-forked “Bitcoin SV” (BSV) is currently ranked 9th largest crypto by market cap, seeing growth of around 2.5 percent on the day to trade at almost $100.

Coinbase Wallet has this week announced support for Ethereum Classic (ETC), which is up a solid 11.3 percent at $4.77 at press time.

Total market capitalization of all cryptocurrencies is around $131.8 billion as of press time, up $11 billion on the day and over $17 billion from its intraweek low at around $114.6 billion Nov. 25. 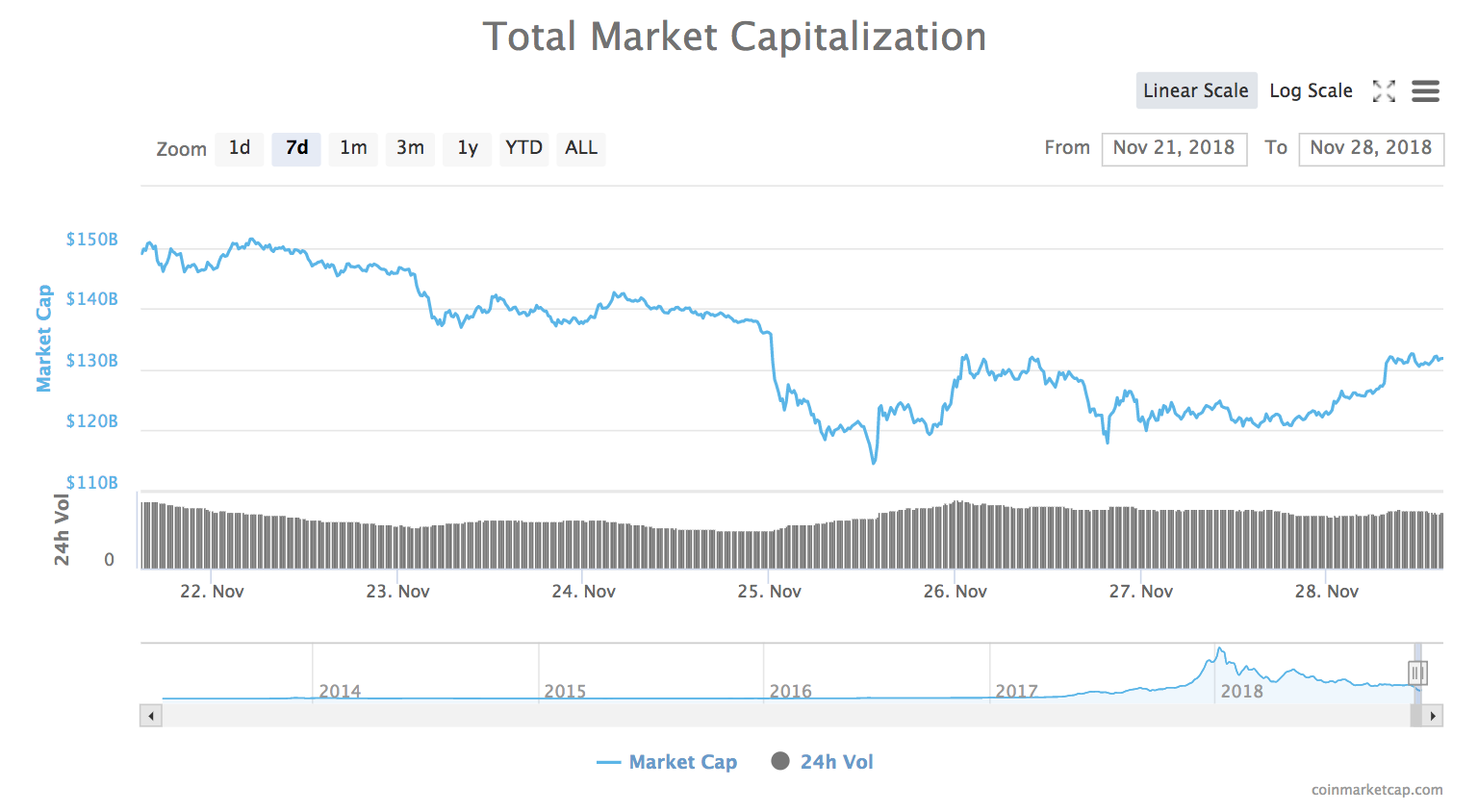 In news for institutional crypto exposure, the world’s second largest stock exchange Nasdaq and U.S. investment firm VanEck yesterday announced a partnership to jointly launch a set of “transparent, regulated and surveilled” digital assets products. The announcement echoes yesterday’s report from Bloomberg, citing “two people familiar with the matter,” that Nasdaq would be rolling out a Bitcoin (BTC) futures contract as early as Q1 2019.

The chairman of the world’s largest stock exchange, New York Stock Exchange (NYSE)’s Jeffrey Sprecher has also this week said he believes the survival of digital currencies as an asset class is “unequivocal.”

Speculation Abounds Over the Cause of Bitcoin’s Recent Rally

SEC’s CryptoMom Wants US to Learn From Chinese Digital Innovation